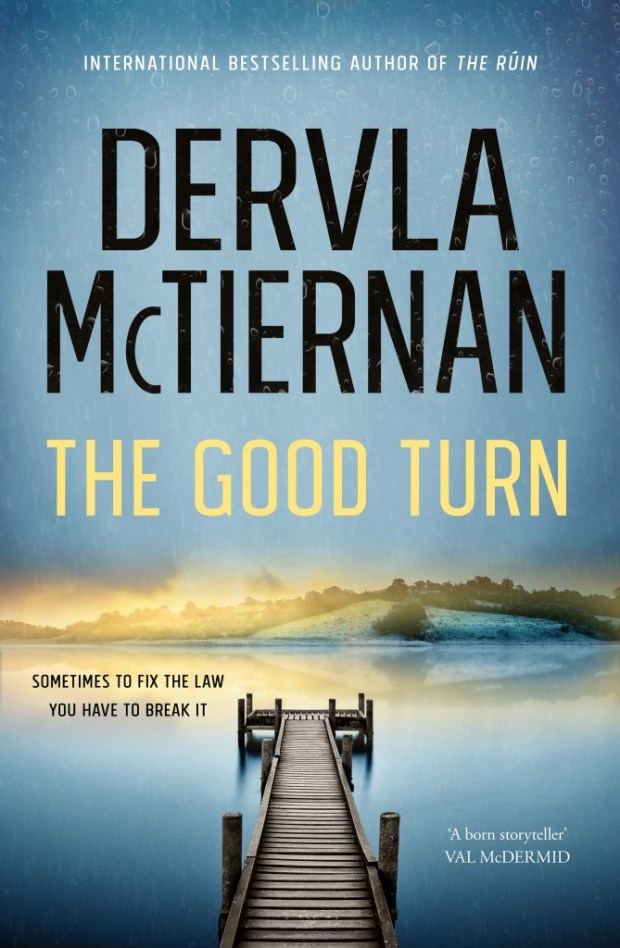 A new book by Dervla McTiernan is to be celebrated. Our hero Cormac Riley has been ostracised and criticised by his fellow police officers. He is always on the outer and things seem to have just gotten worse for him over time. He is lonely and isolated and at the same time his girlfriend seems to have become more distant, spending time away from him for work.

Cormac’s only friend in the force Peter Fisher goes to investigate a crime scene and is set upon and indeed set up. Someone dies and Peter and Cormac are in the spotlight for being the cause of the death, both of them are suspended from work, Cormac heads to Europe to be with his girlfriend and Peter is banished to the village he grew up in and forced to work with his belligerent father as a punishment for messing up. He begins tidying up the final threads of a death in the village which becomes so much more than it is at first thought and he risks alienating the entire village. Meanwhile Cormac is struggling from afar to prove corruption in the force and enlists the help of an old friend.

What I like about these Cormac Riley books is the way they deal with moral dilemma, always giving you much to think about as well as a good juicy crime, in this case several of them. The threads seem so unconnected in this story that I couldn’t see links right up until the end. This author is my new crush, she hooks me in and pulls me along for the ride with skill. I’m now looking forward to the next one with anticipation.

Thanks to Netgalley and the publisher for access to this awesome book.

If you share a link from my blog please can you credit it back to here with a link or give a wee acknowledgment in a Creative Commons kind of way.

Tag Cloud of this blog

What’s been on here!

QR code for this blog